Ryan and Joanna came to my office feeling really hurt and discouraged.  Finding out about Ryan’s pornography addiction left her cycling through many emotions.  The betrayal was almost too much for her to handle.  While she cycled through many emotions, she mainly felt angry and alone.

Knowing how deeply he hurt his wife, Ryan was committed to doing whatever it took to help Joanna heal and to restore their marriage.  However, it seemed like whatever he did only made things worse.  He was committed to his recovery program, which Joanna appreciated; however, the flowers and love notes meant nothing to her.  His failed efforts at healing and reconciliation only made them both feel worse.

To help Ryan learn how to empathize, their marriage therapist guided them through empathy exercises.  In these exercises, Ryan and Joanna would face each other and Joanna would express how she felt.  Ryan would then reflect what Joanna said focusing on the content and emotions she felt.  Joanna would then verify if Ryan was correct in his observations and make corrections where needed.  When they finally got to the place where Joanna knew that Ryan truly understood what she said and felt, there was a sign of relief in her expression and a bit of excitement in her voice.  Finally, Ryan knew exactly how she felt.  This created a connection between them that they had not felt in a long time.

Carol Juergensen Sheets is an expert in helping couples heal from betrayal trauma.  In her book, Help. Her. Heal. (2019), she presents a three-part process for healing using empathy.  She calls it “AVR,” which stands for Acknowledge, Validate, and Reassure.

Empathy builds connections between people.  When two people fully understand each other it creates a path toward intimacy, forgiveness, trust and healing.  Without it, I believe there can be no true healing.

As Ryan and Joanna continued to practice empathy, they developed a greater understanding of each other.  Ryan truly understood the pain he caused.  This gave him the drive to succeed in his recovery so he would never hurt Joanna again.  Joanna came to understand addiction as a disease and that Ryan never wanted to hurt her.  This helped her to forgive him and learn to trust again.

As time went on and Ryan was fully able to empathize, Joanna was able to forgive him and trust Ryan again.  This took several months and they are still in the healing process.  However, their love for each other has grown and they are fully confident that one day their marriage would will be fully healed.

If you are struggling to heal your marriage due to betrayal trauma, I urge you to work with your therapist on empathy.  It just might save your marriage!

Women Struggling with the Shame of Pornography Addiction 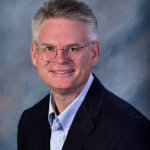 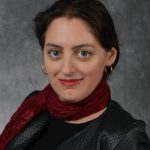 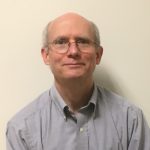 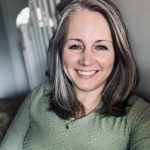 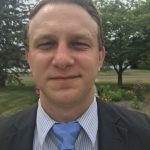